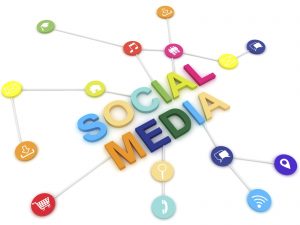 Once upon a time, public relations was about getting coverage. You published a press release, reached out to media contacts, or designed a campaign that attracted attention from networks and publishers. And while those tactics remain valuable today, PR isn’t just about getting coverage anymore. It’s about engagement, too.

The reason? People are using social media – not just traditional media – to consume content that is relevant to them. What’s more, audiences are increasingly driving conversations about brands rather than listening to companies talk at them. Let’s look at three different ways social media is making PR more exciting and dynamic than ever before.

Nowadays, brands aren’t the only ones who publish content. Their audiences publish it, too. As a result, PR teams must engage with those audiences by listening to them, responding, and participating in ongoing, completely public conversations.

A good example is Vertafore, a B2B technology company focused on the insurance vertical, whose Twitter feed reveals consistent responses to (and conversations with) people who tweet about the company. By having these conversations, the company is humanizing the Vertafore brand and showing genuine interest in the organizations that use its products.

The result of these two-way conversations is a more human, more responsive PR that is built upon ground-level interaction. It’s a far cry from the “bullhorn from atop a podium” model of yesteryear.

Since audiences are increasingly turning to social networks for news and information, connecting with influencers can be just as valuable as getting your news in front of a media contact. Influencers are people who, due to their blogs, books, or other form of public visibility, are considered trusted experts on a given topic. These influencers almost always have large social media audiences, and people will listen to what they have to say.

For example, imagine a bank that just launched a low-fee checking account designed to meet the needs of small business customers. In addition to creating and distributing a press release to announce the launch, the company might also email or tweet at prominent bloggers who write about small business issues. Besides having just as much influence and visibility as traditional media outlets, these bloggers can often get the word out much faster – especially when all it takes is a tweet or status update!

Social media gives everyone a voice, and online reviews are one way people are making themselves heard. And while positive reviews can obviously help a company build its reputation online and attract new business, PR-savvy brands are doing the same thing with negative reviews, too.

According to Shama Kabani, author of The Zen of Social Media Marketing, a negative review need not ruin your business’s integrity. Rather, it gives you an opportunity to respond to criticism constructively.

Consider the case of an IT services company with a client who just experienced a major service outage. Users are upset because they can’t get their work done, and they take to the company’s Facebook page to grumble. There are two ways this could go:

By choosing the second option, the company is in a position to enhance the public perception of its brand in the face of potentially negative publicity. Not only is the company offering assurance to an existing customer, but it’s showing future ones that it’s quick to respond to problems.

At KEO Marketing, we integrate social media and content marketing with tried-and-true public relations tactics to build an effective PR platform for our clients. While social media may not be changing everything about public relations, it’s definitely adding a new layer of interaction. By giving audiences a voice, social media forces brands to be more human and address critics with professionalism and grace.

Focus on the Right Goals for Social Media Marketing

Video Marketing Adds a New Dimension to Your Story

The Effectiveness of Client Testimonials

Google Search plus Your World, Changing SEO and Going Social