There may be massive changes coming to the Twitter-verse in the coming months. As first posted by Re/code, it looks as if Twitter is going to be expanding their current limit of 140 characters. The exact character count is still not confirmed, but according to insiders, 10,000 is said to be the new magic number (the same as their direct message limit).

Only hours after the original posting by Re/code, Twitter’s own CEO Jack Dorsey, tweeted out a confirmation of the changes. Although no exact details were revealed, Dorsey does confirm the importance of the “live conversational nature” of Twitter and that the majority of tweets will still be “short and sweet and conversational.” It what can only be described as irony, Dorsey tweets how they observe users that are screen shotting text and then tweeting it out, which is exactly what he does to get all his text into one tweet.

How the social platform will fit 10,000 characters into its existing layout is still up for debate. One of Twitter’s biggest draws for users is their ability to scroll through tweets quickly and with ease. Insiders do reveal that the current version of this new feature does hide the majority of a user’s expanded post and will require multiple clicks to read the entirety of the message.

Although no exact timeline has been released, sources expect that the changes will be live before the end of the first quarter. But, according to the last line in Dorsey’s message, that will only be if they “decide to ship what we explore.

This drastic change could completely change the way that Twitter is used. As Dorsey stated, this change will allow more utility and power for users, which would significantly increase their reach and authority on the social platform. As we anxiously wait to see if these changes will become a reality, check out Dorsey’s message below and let us know what your thoughts are on the extended character limit 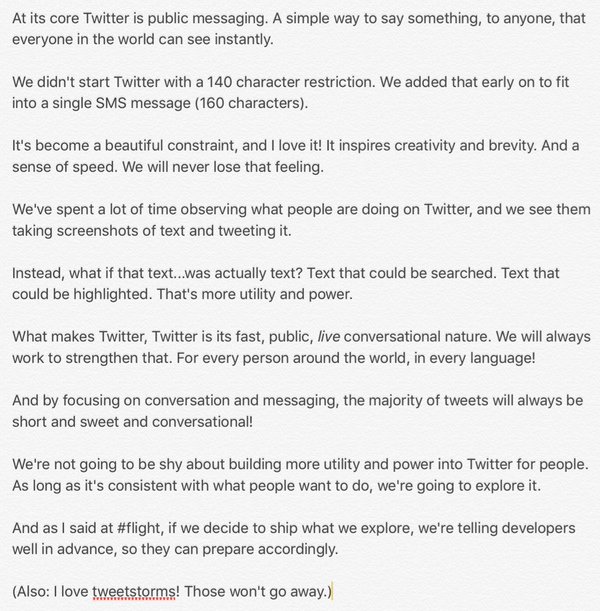 Why You Should Audit Your CRM Data

What is Local Search Engine Optimization and How Can it Help My Business?