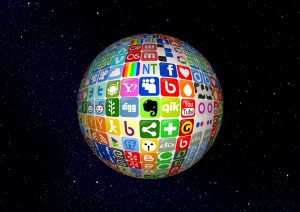 If you have been anywhere near a computer or television recently, you’ve probably watched at least a few snippets of the World Cup. Frankly, it’s been tough to avoid it, and even if you aren’t a soccer fan, it’s easy to get lured into some of the drama and competitive energy.

While the teams battle it out on the field, lots of brands are also in a competition to try and capitalize on World Cup excitement to boost their brand image and add some excitement to their advertising and social media campaigns.

Two of the most visible brands at the games are Nike and Adidas, who seem to be battling it out to win the World Cup marketing and social media wars.

Adidas may be an official World Cup sponsor, but Nike is a major player in the event as well, thanks to its assortment of sponsorship and endorsement deals with various players, and its prominent World Cup themes in current campaigns.

A few quick takeaways from the World Cup, from a social media and brand marketing perspective:

Be prepared to act (and react) quickly. The great thing about tying your campaign or social media content to a newsworthy and popular event is that you automatically have interest and potential followers based on hot topics and popular keywords. The downside: unexpected things can happen, and you may need to make some quick adjustments. Adidas found this out when it had to quickly pull its promotions involving Uruguayan player Luis Suarez after he was suspended for biting another player.

Creativity and a human angle can really help. The U.S. men’s soccer team put together a package of videos in a campaign they called “One Nation, One Team, 23 Stories.” There was an individual video for each player on the team, with each one having a unique personality and style. This let you get to know the players, and helped you feel more of a personal connection. Even people who weren’t diehard soccer fans could get lured in by some of the stories.  It was a great way to build interest and encourage engagement with would-be fans and potential supporters/customers.

Use whatever angle you can. Companies from all sorts of industries have been figuring out ways to work the World Cup or related topics/personalities into their social media campaigns and other promotions. Even if it’s just a casual reference or a small part of the overall campaign, this lets you capture people who are searching for related keywords or hashtags. And that’s a huge potential audience: during the match between the U.S. and Portugal, for example, 10 million people had 20 million Facebook interactions and there were 8 million Tweets about the game as it was happening (according to CNN).

Of course, trying to manage your social media marketing campaign and strategically tying it to current events or breaking news can be a challenge if you don’t have to staff or experience. If you need help, let KEO Marketing handle that for you, as we do for many of our clients.

A Bright Badge of Philanthropy for 88 Valley Leaders

Your Non-Existent Paid Search Campaign is Losing Your Business Money!

5 Ways to Avoid Conflict with a Penguin

Another Google Video Update from Matt Cutts: How Google Rates Your Links