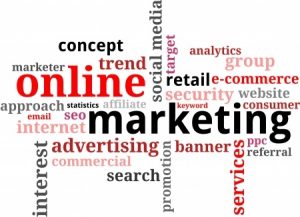 Companies continue to spend lots of money for online advertising campaigns, according to a recent report on U.S. advertising trends. Search-related tactics accounts for the largest portion of that spending, but mobile continues to gain ground quickly.

As Internet Retailer notes in U.S. Online Ad Spending Jumps 18% in the First Half of 2013, U.S. online advertising spending increased 17.9% in the first half of 2013, to nearly $20.07 billion (from nearly $17.03 billion for the same period last year), according to the Interactive Advertising Bureau.

• Digital video spending increased 24% year over year in the first half to $1.3 billion. That accounts for about 6% of the overall first half spending.

• Other first half ad spending came from e-mail marketing, along with classifieds and lead generation.

What Your Marketing Audit Should Cover

PPC Tactics That Can Pay Off

Four Types of Content Marketing to Engage in Lead Development

Coming Soon: What You Need to Know About SEO Now

Maximizing Your Eight Seconds and 110 Words